“You Can’t Milk An Almond”: The Plant Milk Debate

A traditional American staple, dairy milk is facing a new challenge: plant milk. That’s right, the once niche category has officially made its way into the mainstream. Driven by health trends and consumer concern for the dairy industry’s effect on climate change, animal welfare, and ethical food production, there are now more reasons than ever for consumers to turn their backs on dairy—but the industry is fighting back. Before you pick your own side in the debate, read this: 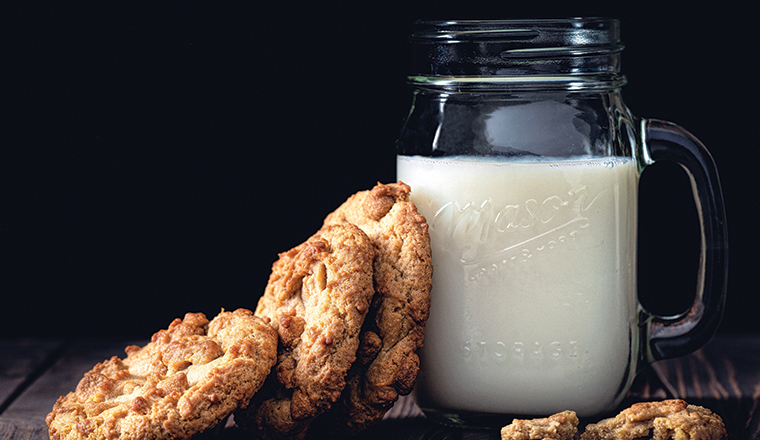 What Is Plant Milk?

Plant milk (or plant-based milk) is defined as a beverage manufactured by extracting plant material (like seeds, nuts, or grain) in water. As a beverage category, the versatility of plant milk offers a variety of flavor, nutritional, and dietary benefits that appeal to a range of consumers.

Beyond soy, almond, coconut, rice, and flaxseed, consumers can now enjoy milks created from pea, hemp, oat, and cashew with more innovative options sure to come. Further, the plant milk explosion has paved the way for the emergence of other dairy-free food and beverage products—everything from ice cream and cheese to RTD coffee and protein drinks.

You might see why the dairy industry is feeling a little threatened.

What’s in a name? Apparently, a whole lot.

The dairy industry has not been shy about proposing restrictions on use of the term “milk,” as well as packaging or imagery resembling traditional milk products. Their primary argument? That plant-based products confuse consumers by using a label long associated with dairy products.

The latest attack on plant-based milk comes in the form of New York’s Assembly Bill A507. The recent bill introduces a definition for milk as “the lacteal secretion obtained from one of more healthy mammals” and provides that only products containing milk (as defined) should be referred to as “milk products” in labeling and advertisements.

Interestingly, this definition provides a broader version of the existing federal standard of identity for milk, which specifies cows as the source—a detail not missed by the National Milk Producers Federation (NMPF).

In 2019, the NMPF criticized the US Food & Drug Administration (FDA) for their inaction in enforcing standards for milk. They filed a citizen’s petition proposing new guidelines for plant milk labeling. The proposal asserts that plant milk brands which do not nutritionally mirror dairy products should be labeled as “imitation;” meanwhile, those that do should adopt “alternative” in their nomenclature. In response, the FDA opened a docket to accept feedback from the community which remains open.

That’s not to say that plant milk brands don’t have an argument to be considered. Perhaps the greatest legal defense against such proposals are First Amendment claims to freedom of speech. This is thanks to the presence of easy-to-understand qualifiers like “plant-based,” “non-dairy,” and “dairy-free” which, they argue, clearly describe their products. No consumer confusion to be found here, folks! The Future of Plant Milk (Or Whatever It’s Called…)

Even as the dairy industry continues to challenge plant milks’ position in the dairy aisle, it doesn’t change the fact that consumers seem to be moving away from dairy.

Long before the mainstream adoption of plant-based milks, dairy milk consumption was experiencing a steady decline. In 2018, US dairy sales declined by $1.1 billion. Compare that to sales of plant-based milk, which grew by 9% the same year and raked in a respectable $1.6 billion.

Of course, dairy milk is unlikely to disappear from our lives completely. Can these beverage rivals find a way to live in harmony? It remains to be seen.

Whatever side of the debate you land on, the Flavorman team is here to bring your next beverage idea to life. Get started by filling out this webform or by calling (502) 273-5214.