5 Things You Didn’t Know About Lemonade The neighborhood kids may not be starting up a lemonade stand anytime soon, but that doesn’t mean we can’t enjoy this refreshingly tasty beverage from the comforts of home. With warm weather and sunny skies upon us, here’s a few fun facts to go with your favorite summertime drink.

1. The first recorded version of lemonade hails from Egypt.

Lemonade may be thought of as an all-American beverage – at least where family cookouts and baseball games are concerned – but you might be surprised to learn that its original form actually hails from overseas.

Because lemons originated from what is now China, India, and Myanmar, it’s likely that some style of lemon drink was consumed there. However, the earliest written record of a lemon beverage actually comes from 12th-century Egypt.

Along the Mediterranean coast, medieval Egyptians enjoyed Kashkab – a drink made from fermented barley and flavored with mint, rue, black pepper, and citron leaf. As lemons were introduced to the region, this concoction became qatarmizat – essentially, a lemon water sweetened with sugar. This ancient recipe most resembles the lemonade we know and love today. 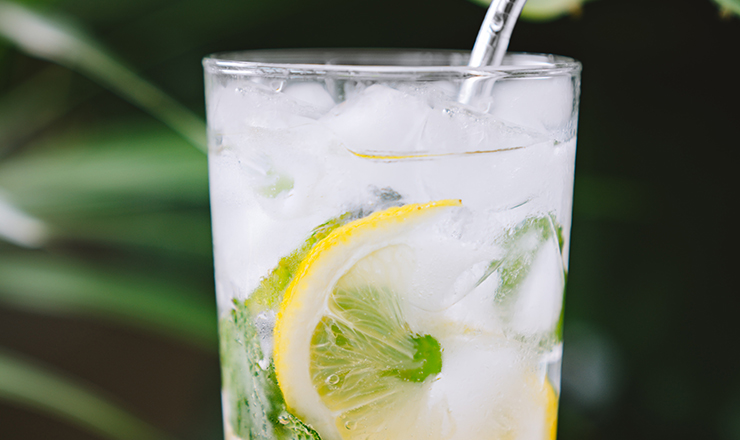 2. Pink lemonade originated from the circus.

There are two contested origin stories for pink lemonade, but they both share roots with 19th-century traveling circuses.

The first thanks Henry Allott for the creation of the pink drink. It is reported that the Chicago carny accidentally dropped cinnamon candies into a batch of lemonade he was selling at the show, turning the whole concoction pink.

The second claim credits the brother of a lion tamer, Pete Conklin, who reportedly ran out of fresh water for his lemonade. With some quick thinking, he grabbed a tub of dirty water in which a circus performer had just finished wringing out her red tights. This decision, albeit unsavory, resulted in – you guessed it – pink lemonade!

Regardless of which version of the story is true, today’s pink lemonade is thankfully made with much better ingredients, like red fruits and grenadine syrup – a welcome improvement to dirty water! You know how lemonade always seems to hit the spot on a warm summer’s day? Well, apparently there’s a reason for that!

Researchers have found that sour and tart flavors stimulate the salivary glands more than any other taste. Further, acidity masks less refreshing flavors, like sweetness. That means that even after just one sip, a traditional glass of lemonade – which boasts a sour, sweet profile – can provide immediate relief for dry mouth and leave you feeling refreshed.

Who knew science could be so delicious!

4. Lemonade is a key ingredient in this famous drink.

Even if you don’t follow golf, you’ve likely heard of the Arnold Palmer.

Made from a delightful combination of lemonade and sweet tea, this drink is named for the golf superstar who is said to have ordered it from a bar after the 1960 US Open.

Popular culture has of course brought forth additional, adult-only versions of the drink; for example, if you add vodka to the recipe, it becomes a “John Daly” – a bit of dark humor referencing the fellow golfer’s struggle with alcoholism. If the high-proof vodka brand Everclear is used, then it becomes a “Happy Gilmore,” named for the rowdy character in the golf comedy film of the same name. 5. Lemonade is made differently around the world.

Throughout North America and India, “lemonade” means exactly what you’d expect: a blend of lemon juice, sugar, and water. But if you travel to Israel, Syria, Lebanon, or Jordan, then your drink will be served with a flavorful addition of crushed mint leaves.

Order a lemonade in England, Ireland, Australia, or New Zealand, and you might be in for a bigger surprise. In these countries, “lemonade” refers to a carbonated lemon-lime soda (think Sprite). Also delicious, but not quite what we had in mind!

However you choose to take your lemonade – sour or sweet, yellow or pink, pulpy, cloudy, or carbonated – it’s clear that we haven’t seen the last evolution of this refreshing summer staple. Next time life hands you lemons… Well, you know what to do!

Have an idea to change what the world is drinking? Flavorman can help you bring it to life! Get started by filling out this form or giving us a call at (502) 273-5214.

4 Types of Water: What’s The Difference?